The year 11 teams began their netball season this week.  The B team had three tough matches all against A teams.  To their credit, we are one of only two schools that have a B team.  They lost to a very strong Longridge and Broughton team.  Our A and B teams were then drawn against each other.  The final score being 13-0 to the A team.  However, the game was very end to end. 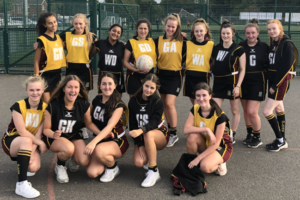